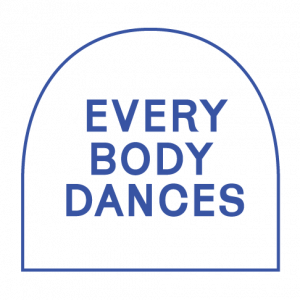 A brief history of chronic Procrastination, my recent ADHD diagnosis… And how Dancing helps. 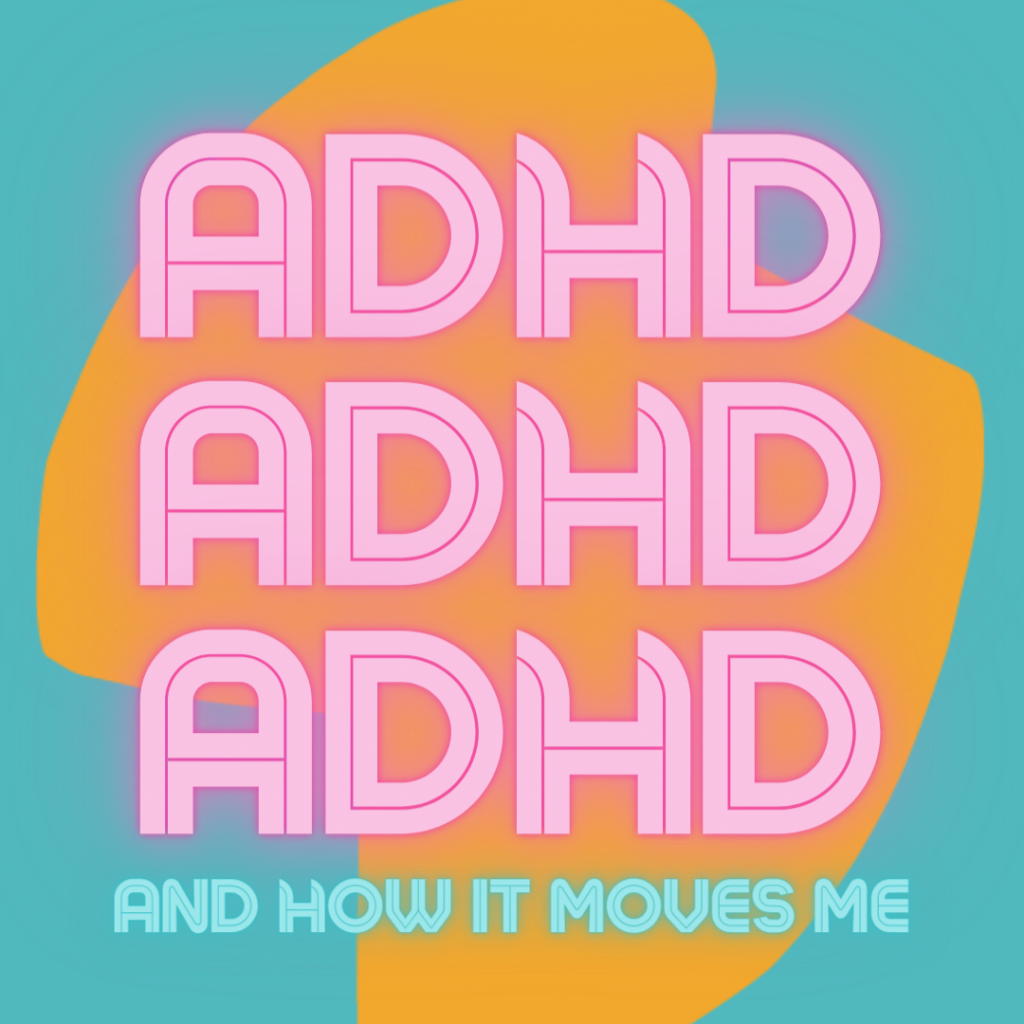 I recently discovered I have ADHD. I received my official diagnosis of combined type ADHD (hyperactive and inattentive) on the 27th May 2021, through the wonderful organisation, Psychiatry-UK.

A close family member was diagnosed last year which prompted me to start researching. Cue intense hyper-focused exploration into everything I could get my hands on ADHD-wise, and here I am, having finally (after the seemingly obligatory months of procrastination) had my assessment with a lovely, calm Psychiatrist to confirm what I have known deep down for quite a while.

I’ve worked with young people with ADHD for a long time now, in the Arts/community based settings, Special Educational Needs schools (SEND), Alternative Provision and mainstream. I have always been drawn to children and young people with ADHD traits as well as those with ASD, basically any neurodivergent brains (this is also, I now realise, the same in my personal life!). I always assumed that my love of being active and dancing, my fidgety nature and seeming inability to fit neatly into any ‘box’ (girly-girl/smart/nerd/athletic/tomboy/scientist/hippy), had something to do with why I found it super interesting to work with and support those children.

Now it seems likely it had EVERYTHING to do with it.

And the most obvious explanation for me ‘coping’ throughout life and ‘achieving’ to some degree (many Doctors have been known to dismiss successful adults with ADHD claiming it can’t possibly be that if you’ve managed to achieve anything. Hmm, I wonder what they make of Simone Biles, Solange Knowles, Jim Carrey or Adam Levine?!) was my passion and enthusiasm for movement, whether on the stairs in the kitchen or in a studio, I have (almost literally) never stopped, and I really do believe it is remarkably helpful as a tool in accessing a slightly less chaotic life. 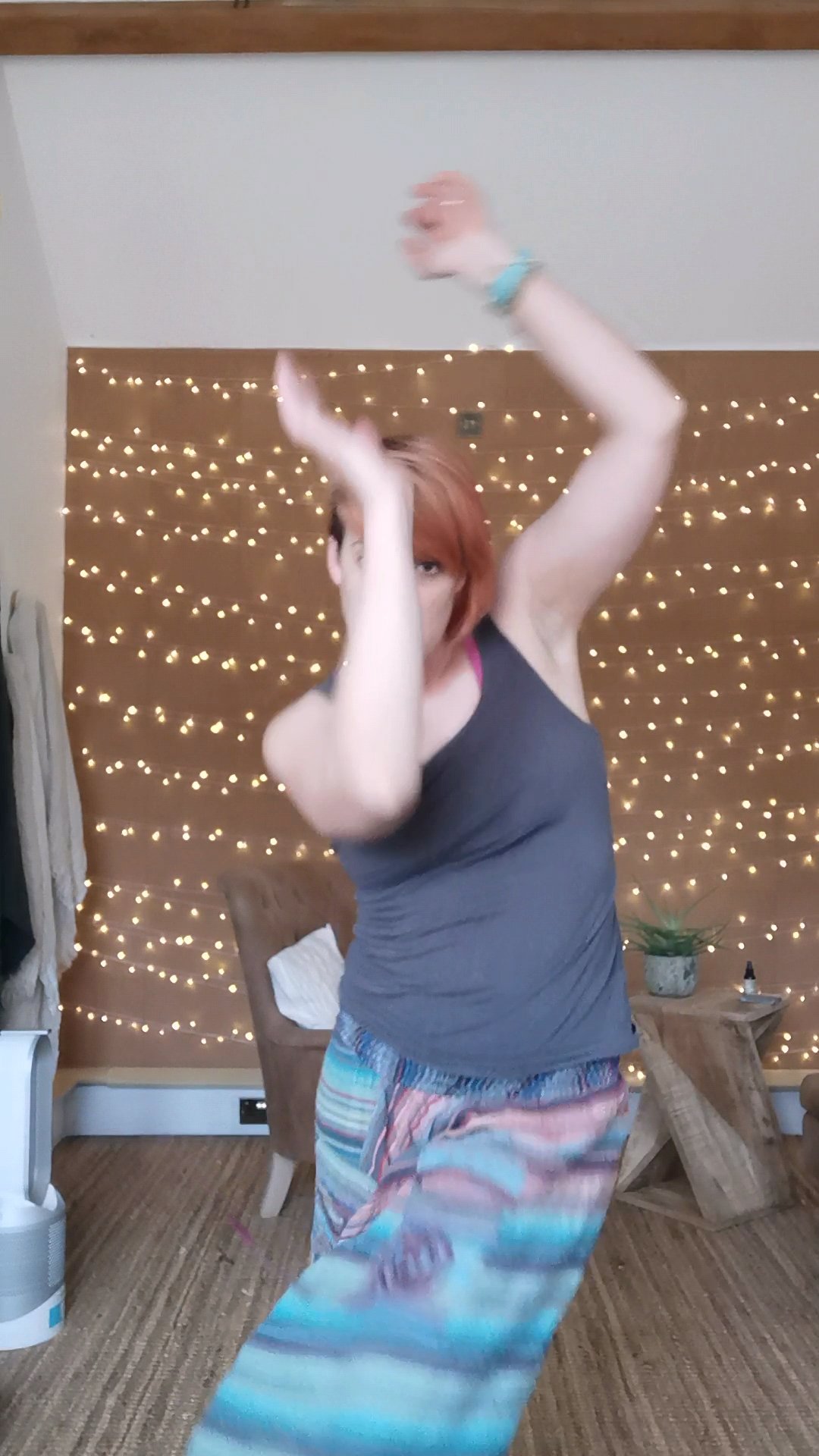 Looking back on my childhood, I didn’t ever stay still for long, juggling classes in ballet, netball, piano lessons, after school clubs, homework, performances of any kind. I loved the spotlight and was competitive with literally everything…even gaining the nickname ‘Competitive Boy’… something I strangely accepted from my female peers with pride, not quite realising it spoke volumes about how my brain worked! I was known to read books at lightning speed, a talent which I’ve lost to an extent now that time, life and especially parenthood have jumped into the fore. But I do remember being able to sit still for long periods to read… or daydream. This would then be followed by an intense rush to tidy my room (it was the tidiest in the house!), or run around or do something… anything! Often procrastinating with cleaning when I could have been doing something infinitely more productive.

As a woman, I think many of my now obvious ADHD Traits, (both hyperactivity and inattentiveness) would have just been assumed to be symptoms of an energetic and enthusiastic ‘sporty’ girl…whereas with boys it tends to cross over into the disruptive and more recognised ‘naughty boy’ label. Then again, I do remember being constantly told off for talking over the teacher or incessantly interrupting. I have always been impulsive, but armed with the good ol’ conditioning that “good girls should…da da da da”, I mostly managed to control certain behaviours. Mostly.

Many of my problems intensified hugely after having a child. Suddenly, I couldn’t get away with days of doing absolutely nothing over the school holidays. Putting off paying bills, tax returns, sorting out things like childcare simply. couldn’t. happen…cue meltdowns as big as my daughter’s (much to the dismay of my partner!). Emotional dysregulation is one of the traits left out by the DSM-V diagnosing criteria, a battle which is being fought by many ADHD advocates as it is such a key part of this condition. 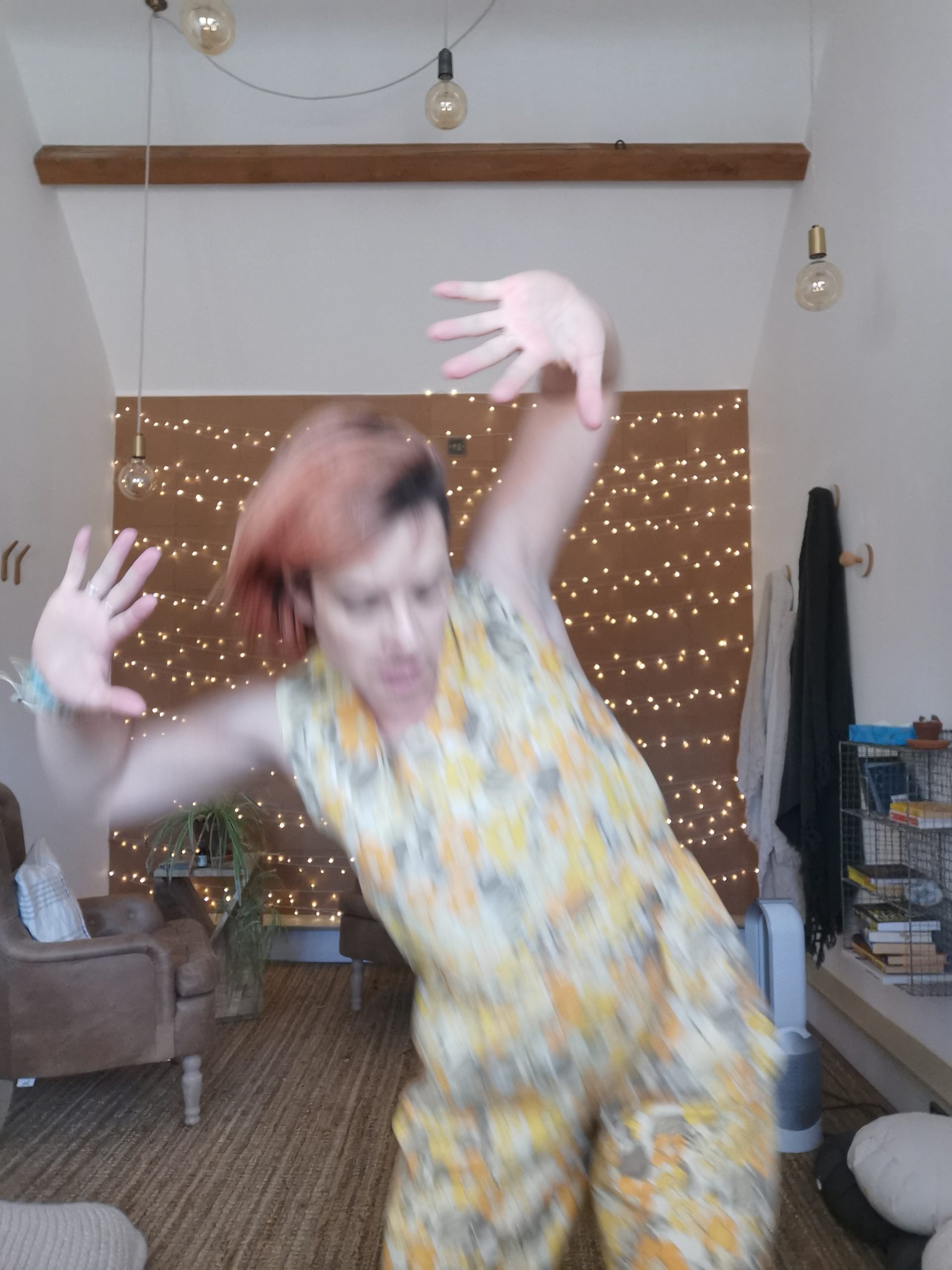 So now I’m beginning to put the puzzle pieces together in a way that is finally starting to make sense to me. Yes, I procrastinate, but I also get things done. I have realised how much of my dance and teaching career has helped me cope with some of my brain’s struggles. As a dancer it’s generally accepted that you can be “a little odd”, my boredom at my hair – changing colour and style at the drop of a hat (I’m onto lockdown 3.0 of impulsive home haircuts!) never mattered in the studio or theatre. My hyperactivity was sated by intensely physical dance lessons, rehearsals and performances. I could justify never staying in a job longer than three years as it was all part of my life as an “Artist”…something I’ve always felt imposter syndrome in anyway as I’ve never felt I’ve quite reached the heights of success I predicted for myself way back in secondary school (another common ND trait). And watching friends get into some of the biggest dance companies or start their own successful companies, I never ‘got’ quite why I hadn’t reached those same goals despite working seemingly just as hard.

Of course I was working hard, but so was that devilish procrastination: devouring my time and making me avoid or put off the scary stuff entirely. I frequently called myself lazy for not attempting Arts Council funding bids (even though I know I could probably write the shit outta one of those bad boys!). I now get that during that time I was always just too full up…brain racing a mile a minute, to-do lists much too long (and never in one place!), that inevitably I was destined to never quite “make it” as the “Professional Dance Artist” I (often apologetically) called myself.

So, procrastination has always been part of mine, and indeed my whole family’s, life. And, beautifully naturally, movement combats it…giving you a way of grounding, stress relieving or simply using, in a constructive and productive way, all the busy hyped up, motor-driven energy that neurodivergent brains seem to have in abundance.

Fidgeting and other behaviours I used to think of as bad habits, now present as ‘stimming’ like (Trigger Warning: ‘slightly’ gross human behaviour coming up:) picking and biting the skin around my fingers and (a bit less gross… but probably more annoying:) wiggling or wobbling my legs when sitting down, or repeatedly tapping each finger one after the other, round and round in various numbered patterns. Now that I can look at all these things in combination, I start to see that they all are the wonderfully weird tendencies that make me “ME” and that perhaps the procrastination, although frustrating, is what has led me to where I am today. I have recently started giving myself a break more, rejecting the guilt and just noticing where the ‘putting things off’ happens and why. If I get the chance I will shake, wiggle, breathe and move; to get back on track and help my brain settle.

Sometimes it’s simply recognising which parts of the day are more productive and when too many things are flying around my head. If I move around, centre and ground myself and connect to my breath, I can begin to find clarity on the task at hand, and perhaps even get it started.

So, dance and movement definitely help, they also engage the parts of the brain that actually support neurodivergent people to function a little better: stimulating reward centres (an imbalance of dopamine is recognised as one of the primary causes of ADHD) as well as activating sensory and motor circuits…and of course dance helps neurotypical people too!

Humans with ADHD are often extremely creative and dance is just one of many imaginative and active therapies that can combat procrastination, lack of executive function, variations in attention and focus, and the feeling of a generally very jumbled brain. Anything which uses up unspent energy, releases a bit of dopamine, or gets the oxygen pumping around the body can effectively shake away the cobwebs and inspire action. It worked with the children I have taught over the years and mentored at various schools: getting worked up, not able to start a page of work, getting frustrated at teacher’s repeated requests to start. As Learning Mentor, I was known to scoot those children outside for a timed run around the block, or some star jumps or stretches or even a little boogie if they were up for it. I was always thrilled that this seemingly simple idea really did work for so many children, and I so wish the education system would catch up to the fact that so many of our kids are really lacking the time outside they need. Playtimes and lunch breaks are getting shorter and physical education lessons are often just not enough. Phones and devices have driven even young children indoors during lockdown and holidays and so the fear of watching a whole generation stagnate and stay glued to a screen is really real. Encourage your children, their friends and everyone around you to move, play, be off-balance and find freedom in their bodies. I promise you it will be worth it!

I’ll just finish on a typical example of my day-to day procrastination: This morning, the day I first started writing this article, I had put pressure on myself to film some movement work for my online classes. I panicked, feeling unready and then I sent an apology to my designer who was waiting on my videos. Suddenly, once the pressure was off, I had a roll around and stretch in the small but brilliant studio I was in (thank you @Squirhill for beautiful covid safe co-working spaces)…And then ended up doing the filming anyway – even though I said I couldn’t as too delayed/busy/tired etc etc! Story of my life.

If you’re putting something off (and let’s face it, we ALL are), I urge you to try another way. Write a list, prioritise the things you really need to get done.
Then move away and Dance. Move, shake, jump, whatever. With music/without, standing/sitting/lying. Try it and then see if any of those things are just a tiny bit easier to come back to.

Elly formed Every Body Dances in 2020 to bring her love of connected, conscious, community dance online.
EBD was born from the belief that dance is a fundamental way to express our humanity, explore issues and find deeper connections within our communities, our natural world and ourselves. 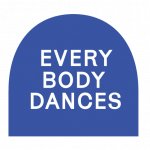 Every Body Dances is an online community dance project, born from the belief that dance is a fundamental way to express our humanity, explore issues and find deeper connections within our communities and our natural world.

Get social with us

EVERY BODY DANCES 2021 © All rights reserved

Please confirm you want to block this member.

You will no longer be able to:

Please allow a few minutes for this process to complete.

You have already reported this
Clear Clear All

You can find out more about which cookies we are using or switch them off in settings.

This website uses cookies so that we can provide you with the best user experience possible. Cookie information is stored in your browser and performs functions such as recognising you when you return to our website and helping our team to understand which sections of the website you find most interesting and useful.

Strictly Necessary Cookie should be enabled at all times so that we can save your preferences for cookie settings.

If you disable this cookie, we will not be able to save your preferences. This means that every time you visit this website you will need to enable or disable cookies again.